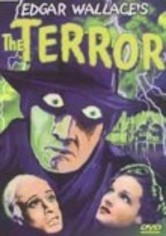 1939 NR 1h 10m DVD
A decade after a former cohort double crosses two ex-cons, they set their sights on making the backstabber pay but never expect to cross paths with him at a haunted old mansion that used to be a monastery. Reunited under one roof -- albeit a spooky one -- the three men face a spine-tingling terror unlike anything they've ever experienced. Bernard Lee, Arthur Wontner and Alastair Sim star in this atmospheric suspenser.