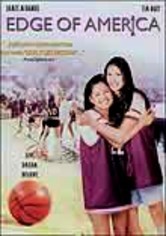 2003 NR 1h 46m DVD
English teacher Mr. Williams (James McDaniel) is something entirely new to the denizens of the Three Nations Reservation. For one, he's not an American Indian; what's more, he's a black man. That means he faces a steep uphill battle for acceptance. It's a daunting prospect, until he agrees to coach the losing girls' high school basketball team. Based on a true story, the film draws heavily on a cast made up of talented Utah locals.