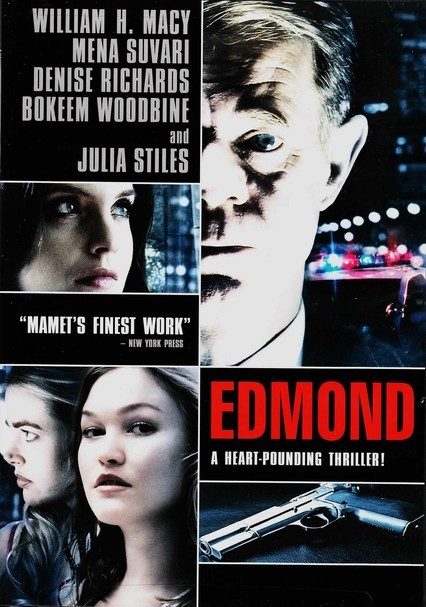 2005 R 1h 22m DVD
With a David Mamet play as its inspiration, Edmond stars William H. Macy as the titular character, a businessman who undergoes a personal revolution after he heeds a psychic's call to change his life. In his quest for fulfillment, he abandons his wife and children, initiating a nightmarish descent into a certain kind of hell, a dark and dangerous world he's never known but that may wind up owning his soul.