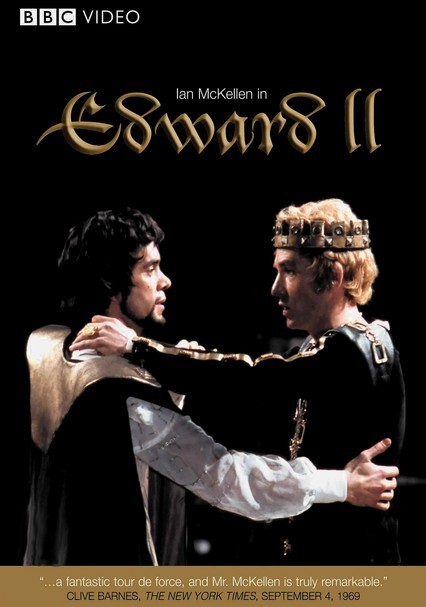 1970 NR 2h 5m DVD
Ian McKellen turns in a sexually charged performance as the titular Edward II of England, a flawed monarch who ruled too much with his heart, in this BBC television adaptation of Christopher Marlowe's 16th-century historical drama. James Laurenson co-stars as Piers Gaveston, Edward's lover and most favored subject who returns happily from exile, only to be persecuted by the king's disapproving nobles.