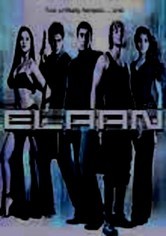 2005 NR 2h 35m DVD
A mysterious man (Mithun Chakraborthy) terrorizes a community by phoning his victims before he kills them. Seemingly unstoppable and elusive, he answers only to himself and lives by his own unscrupulous rules. When the ruthless killer takes the life of yet another innocent person, the victim's son, Karan (Rahul Khanna), vows to track down and capture the murderer for good. Helping Karan in his search is a host of colorful characters.