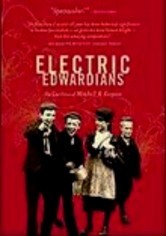 1900 NR 1h 25m DVD
This collection of rare black-and-white footage captures all classes of Edwardian-era folk in the midst of their everyday lives. Shot by film pioneers Sagar Mitchell and James Kenyon in the early 20th century, the footage was produced for exhibition at fairgrounds throughout England. Bonus material includes an interview with Dr. Vanessa Toulmin of the National Fairground Archive, as well as Mitchell and Kenyon's short film "Diving Lucy."