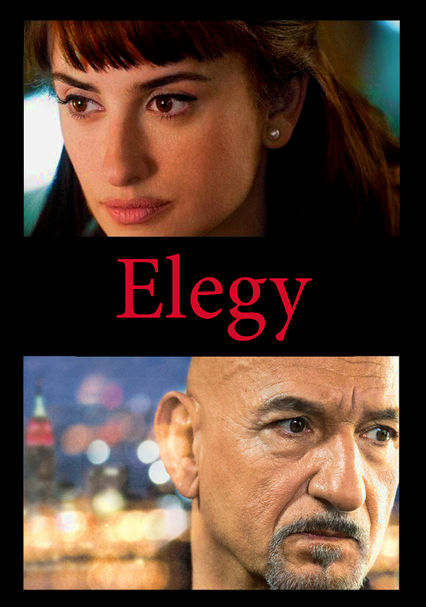 2008 R 1h 52m Blu-ray / DVD
Cultural critic David Kepesh sits in his ivory tower, divorced from any romantic or familial entanglements -- until the sultry 24-year-old daughter of Cuban exiles reawakens his sense of sexual excitement in this well-acted drama.

Parents need to know that this haunting, emotional film is best for older teens and adults. It deals with mature subjects that are hard to understand, even for grown-ups: love, fidelity, betrayal, and mortality. There's some drinking and strong language -- primarily "f--k" -- as well as partial nudity (bare breasts and backsides) and plenty of sex scenes. Men and women toy with each other in manipulative ways, and the male characters tend to regard women as sex objects. But the main character does change for the better over the course of the movie.

Fairly frequent sex scenes showing women's bare breasts and backsides, a man's bare chest, and a couple in various sexual positions. Some detailed discussions of sexual exploits, including one crass play-by-play about a boyfriend obsessed with his girlfriend's menstruation. Discussions about infidelity; one man admits to cheating on his wife, while another is seen canoodling with a much younger woman.

Some lovers' spats, as well as conflict between father and son. Nothing physical.

No steady swearing, though when strong language is used, "f--k" appears to be the word of choice.

Men view women primarily as sexual objects. Both genders play games with each other. Couples engage in meaningless sex to fend off loneliness. But one marriage endures despite challenges; in the end, it's portrayed as a safe harbor during a difficult time. The main character, who starts out as self-serving and sexist, transforms into someone made vulnerable, though happier, by love.

Adult characters drink wine and other liquor fairly frequently, though no one gets drunk.