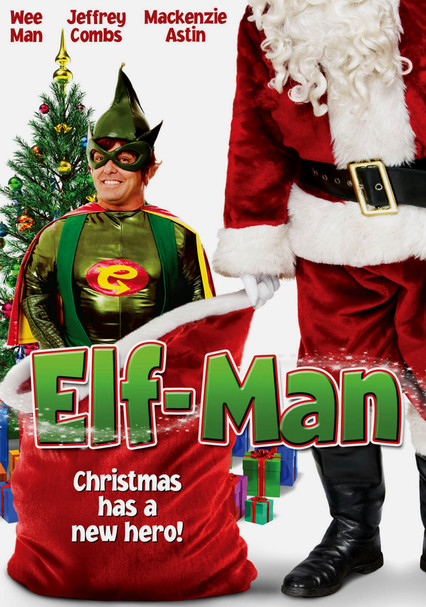 2012 NR 1h 27m DVD
It's Christmas Eve at the Harper house, and young Ryan and Casey's scientist dad has perfected a new invention. But when he's kidnapped by bumbling thieves, Casey's wish on a magic doll causes Santa to leave behind a mischievous elf to save the day.

Parents need to know that Elf-Man is a middling holiday adventure featuring a single dad whose wife died (death is referred to but not shown). The children are sad at Christmastime because they miss their mother, and a girl cries at night thinking about her. In one brief scene, she discusses with her grandmother that her mother is never coming back. Elsewhere, the movie features light, slapstick violence centered on an elf getting knocked around in a few scenes and some crude humor with a scene involving reindeer flatulence.

Slapstick, cartoonish pratfall violence in a number of scenes, such as when an elf falls off a roof but isn't hurt; a kid hits an elf with a baseball bat; elf crashes into the Christmas tree; elf is hit in the face with a frying pan, falls down stairs; a man and elf wrestle in the sky and fall to the ground; and a woman waves a meat cleaver at a man.

Believing in yourself; loyalty; family unity; moving beyond grief.

Some people sit at a bar with drinks in front of them.