Elvis at the Movies 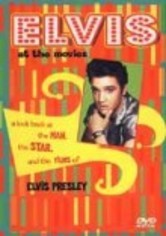 Elvis at the Movies

2002 NR 0h 59m DVD
This documentary focuses on the King of Rock 'n' Roll's movie career, which featured a mixed bag of films such as the hits Jailhouse Rock, Blue Hawaii and Viva Las Vegas and lesser-known nuggets such as Change of Habit and The Trouble with Girls. The first movie star to pull in $1 million per picture, Elvis Presley used his music superstardom to leap onto the silver screen, where he became a major hit-maker for 10 years.