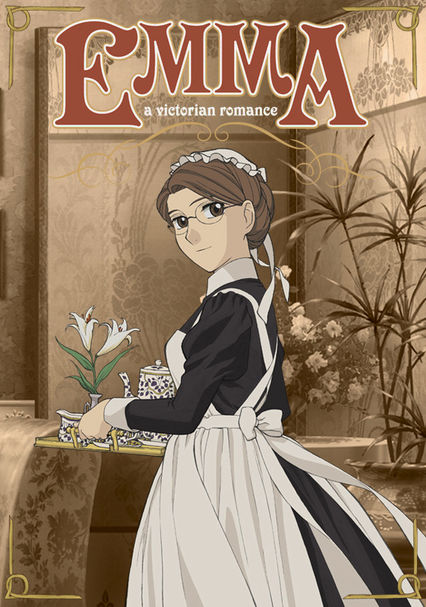 2005 NR 1 season
In this story of forbidden love set in late 19th-century London, Emma, a young, hard-working maid, and her sincere upper-class suitor, William, face the taboo of crossing class lines. Can their romance endure the scorn of society?

In the second season of this anime series based on the popular Emma manga, Emma moves to the countryside to work for the Mölders family and to put her love for the wealthy and seemingly out-of-reach William behind her.