Empire of the Nude: The Victorian Nude 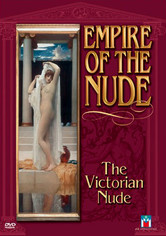 Empire of the Nude: The Victorian Nude

2001 NR 0h 56m DVD
The Victorian era is often cited for its lack of sexuality, but as this documentary reveals, the period's artists created a strong tradition surrounding the classical nude figure, which spread from the fine arts to more common forms of expression. The film explains how 19th-century artists were inspired by ancient Greek and Roman works to highlight the naked form, and how that was reflected in the evolving cultural attitudes toward sex.