End of the Line 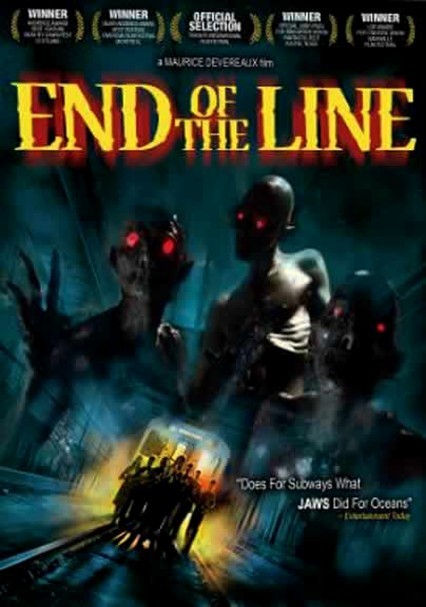 End of the Line

2007 NR 1h 35m DVD
When her subway train grinds to a halt during her evening commute, psychiatric nurse Karen (Ilona Elkin) and the other passengers become the trapped targets of an apocalyptic religious cult bent on sacrificing them all in the name of their strange god. The captives fight back, but can their feeble resistance stand up to the demonic powers that are hunting them down? Maurice Devereaux directs this gruesome horror flick. Nicolas Wright co-stars.