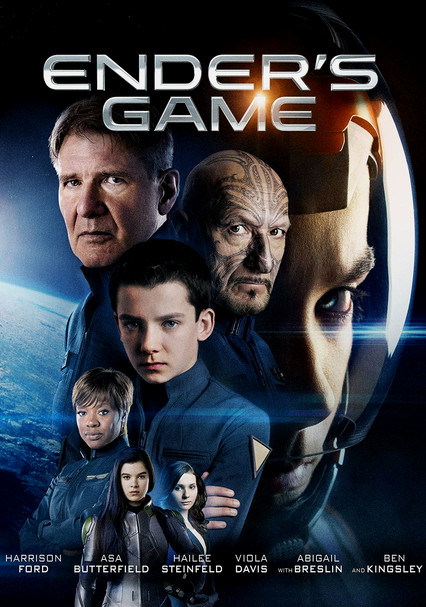 Parents need to know that Ender's Game is the highly anticipated adaptation of Orson Scott Card's best-selling 1985 sci-fi novel. While there's not any sex and only very minor language, there's a lot of violence in the militaristic story: from two near-fatal personal fights to weapons-based strategy competitions to simulated war battles to the annihilation of an entire planet and alien race. The book author's outspoken political comments have led to controversy surrounding the film, but the film itself promotes positive messages about empathy and moral responsibility, honest communication between adults and children, and peaceful diplomacy as superior to military aggression.

Bonzo is obviously jealous of Ender spending time with Petra and commands him not to train with her. Ender and Petra have a sweet friendship. They hold hands on a couple of occasions, and she comforts him when he's upset.

There is both personal and wide-scale violence in the movie. The prologue shows how bug-like aliens killed millions of humans. Ender severely injures two different guys while defending himself against their personal attacks (the first fight is bloody and the second is a fist fight that ends with a head trauma). It's unclear whether either boy survives. Battle and Command School require sparring and strategy games using weapons. An entire planet is destroyed; humans commit genocide against an alien nation. One minor surgery scene shows a bit of blood on a removed implant.

There are plenty of messages in the movie about moral responsibility, the dangers of offensive wars, the psychological trauma of military training and war on child soldiers, and the importance of peaceful diplomacy, compassion, and empathy in human society. The movie is very inclusive and multicultural, since the global community has formed one international fleet to defend the earth from invasion.