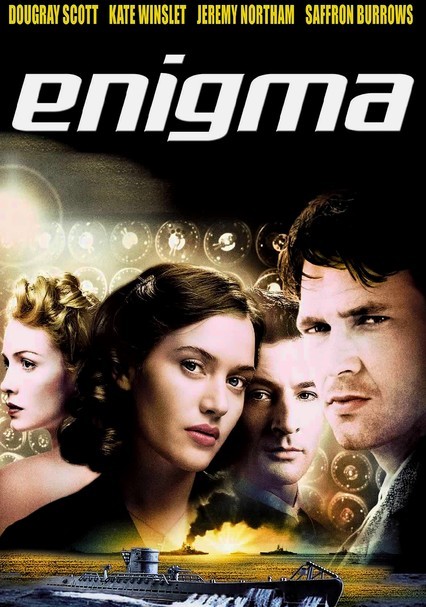 2001 R 1h 59m DVD
During the early days of World War II, the Nazis change the Enigma Code that commandeers their fleet of U-boats -- and now it's up to brilliant code breaker Tom Jericho (Dougray Scott) to crack the new encryption. As if that alone weren't trouble enough, he suspects a German agent may have infiltrated the British code-breaking team. Kate Winslet co-stars, along with Saffron Burrows as Jericho's fiancée who mysteriously goes missing.

Parents need to know that this movie has some sexual references and situations (brief nudity). Claire seduces just about every man she meets. There are some very tense scenes, including graphic images of slaughtered bodies in a mass grave.