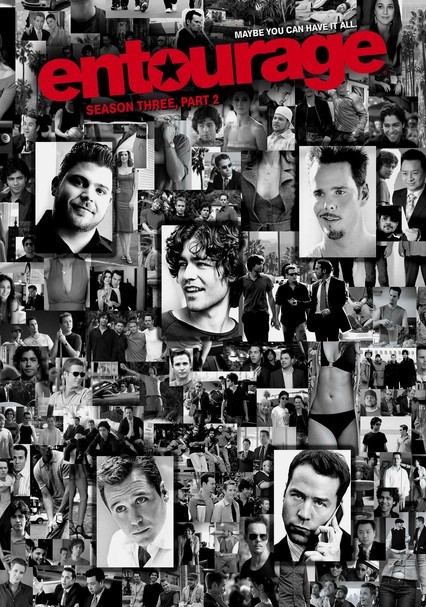 2006 TV-MA 2 discs
With his acting career on the upswing, Vincent Chase (Adrian Grenier) surrounds himself with an entourage of familiar faces from Queens, N.Y.: his manager, Eric Murphy (Kevin Connolly); his half brother, Johnny (Kevin Dillon); and his best friend, Turtle (Jerry Ferrara). Unfortunately, their advice often clashes with that of Vince's fast-talking agent (Jeremy Piven, in an Emmy-winning role) in this critically acclaimed HBO comedy. Part 2 includes the second half of Season 3.