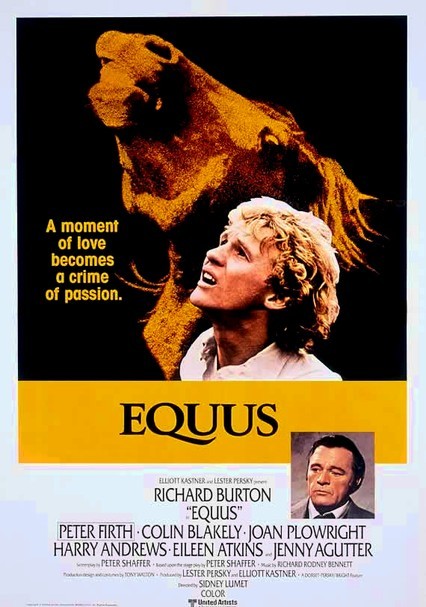 1977 R 2h 18m DVD
Richard Burton plays a psychiatrist probing the troubled mind of a young stable boy who blinded six horses in his care. While the doctor tries to understand his patient's motives, he uncovers madness of his own design. This adaptation of the play by Peter Shaffer received three Academy Award nods, including Best Actor for Burton. Joan Plowright also gives an affecting turn as the stable boy's influential mother. Sidney Lumet directs.