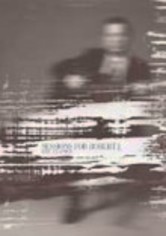 2004 NR 2h 0m DVD
Famed guitarist Eric Clapton takes viewers on a special tour of his rehearsals in London and Dallas for a tribute to legendary bluesman Robert Johnson. Stops also include a Los Angeles hotel room and a Dallas warehouse where Johnson made some of his final recordings. Features a discussion about Johnson and his influence, plus Clapton performing 14 tracks from the influential Johnson song catalog.