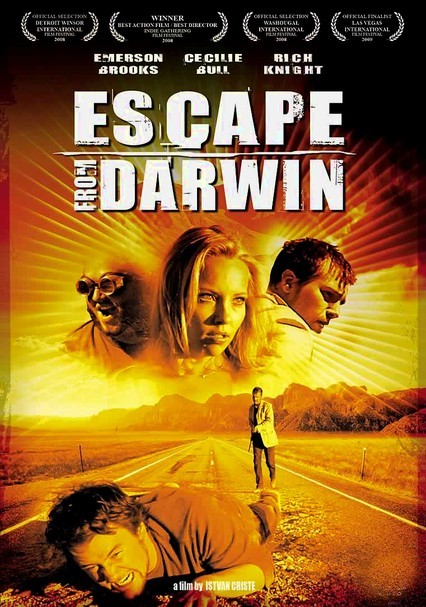 2008 NR 1h 24m DVD
After his bank-robbing partner (Macauley Gray) is murdered, the Stranger (writer-director Istvan Criste) arrives in the desert town of Darwin determined to track down the killer, dispense some outlaw justice and retrieve the loot from his last job in this grindhouse Western. Meanwhile, the murderer (Robert Smith) deals with his meth addict boss (Rich Knight) and his unfaithful girlfriend (Cecilie Bull).