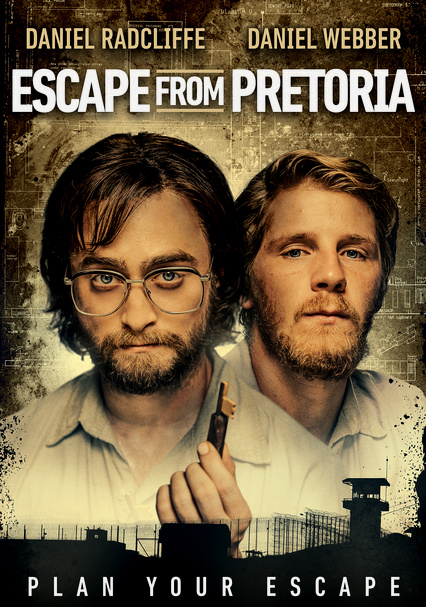 2020 PG-13 1h 46m DVD
The true story of Tim Jenkin and Stephen Lee, two twenty-something white South Africans branded "terrorists" and imprisoned in 1978 for being involved in covert anti-apartheid operations for the ANC (African National Congress). Incarcerated in Pretoria Maximum Security Prison, Jenkin and Lee—joined by fellow inmate and French national Alex Moumbaris—decide to send the regime a clear message and escape. After months of meticulous surveillance, breath-taking ingenuity, and in a race against time as the authorities strengthen the prison security defenses, the group craft wooden keys for each of the 10 steel doors separating them from the main door and freedom.