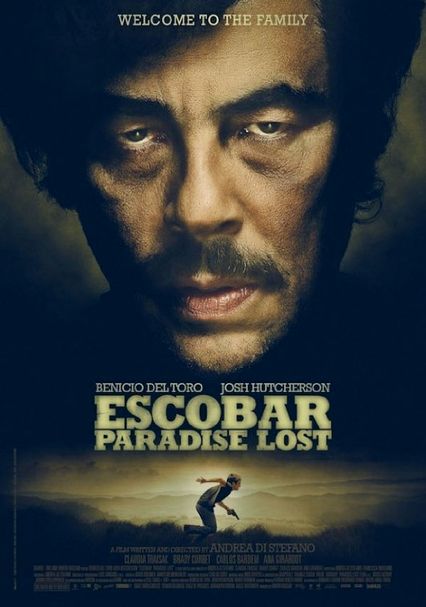 Parents need to know that Escobar: Paradise Lost is a thriller centered around notorious real-life drug lord Pablo Escobar. The movie's hero is a young surfer who inadvertently falls in love with Escobar's niece and is welcomed into the family. Expect lots of guns, shooting, killing, and blood, as well as some gory dead bodies and bloody wounds. A young couple falls in love and kisses, and she's shown in a bikini. Language is minimal but includes two uses of "s--t" (one in English, one in Spanish with subtitles). Though one of the main characters is a powerful cocaine dealer and cocaine is mentioned, drugs are never shown or used. Some fans may want to see what Peeta (Josh Hutcherson) is up to between Hunger Games films, but -- barring any awards buzz for Benicio Del Toro's powerful performance -- it's likely that this movie will have only limited appeal for teens.

A young couple falls in love and kisses; references to them getting married and having babies. Women in bikinis.

"S--t" heard twice, once in English, and once in Spanish (with subtitles).

To some extent, the movie warns against the corrupting nature of power, as well as the obsessive need to do anything to hang onto it once you have it.

A main character is a notorious, powerful drug dealer. Cocaine is mentioned but not shown.