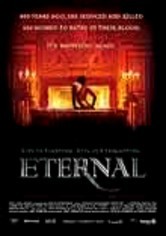 2005 R 1h 48m DVD
Based on actual events and inspired by Hitchcockian techniques, Wilhelm Liebenberg and Federico Sanchez's modern-day film noir follows the travails of Montreal police detective Raymond Pope (Conrad Pla), who's in search of his wayward wife. But his entanglement with the mysterious Elizabeth Kane (Caroline Néron) -- a wealthy woman he meets along the way -- ultimately embroils Raymond in a murder investigation.