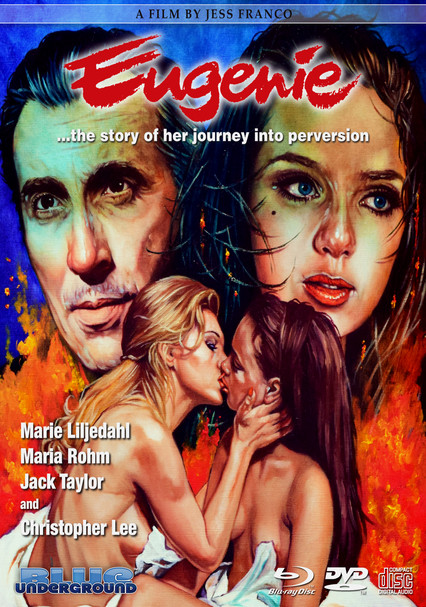 1970 NR 1h 31m DVD
The Marquis de Sade's writings melt the screen in director Jesus Franco's unsettling tale about perversion and amorality, which finds shy Eugénie Radeck (Soledad Miranda) drawn into a realm of sex and sadism after reading a volume of erotica penned by her stepfather (Paul Muller). Before you can say "kinky," the two embark on a spree of seduction and destruction across Europe. Andrés Monales and Greta Schmidt also star.