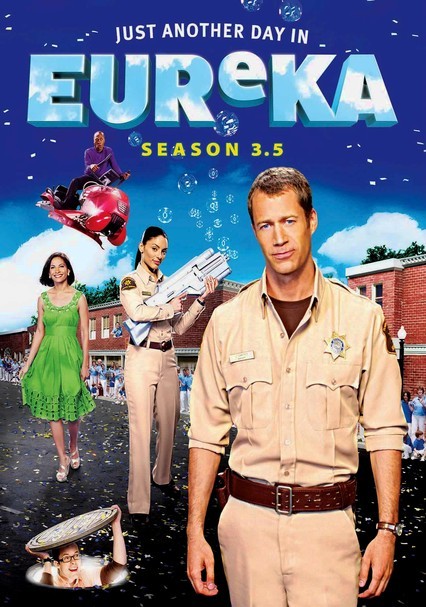 2009 NR 2 discs
The quantum chaos continues in the second half of this Emmy-nominated sci-fi drama's third season, in which Jack Carter (Colin Ferguson) loses his job as sheriff of Eureka, a top-secret community where the government nurtures the country's brightest scientific minds. Meanwhile, Jack must also deal with threats to his daughter Zoe's (Jordan Hinson) life and an attraction to visiting scientist Dr. Tess Fontana (Jaime Ray Newman).