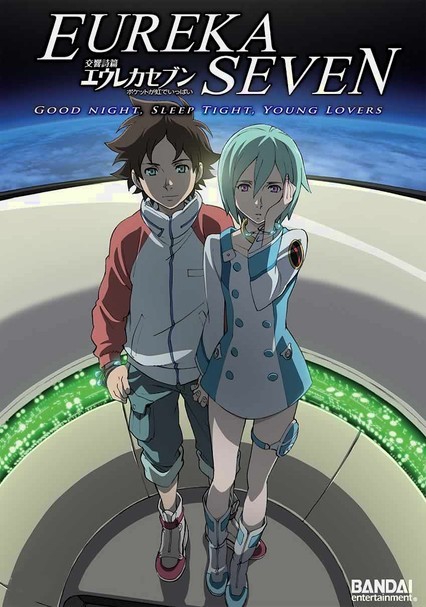 2009 NR 1h 57m DVD
This feature-length variation on the popular "Eureka Seven" anime series tells the tale of Renton, a young rebel fighter clad in bio-armor who's obsessed with saving his best friend, Eureka, who was mysteriously kidnapped eight years before.