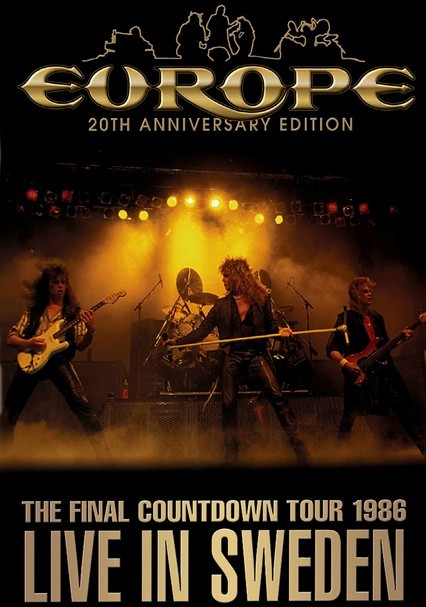 1986 NR 1h 55m DVD
Originally filmed in Stockholm, Sweden, in 1986, this 13-track live performance has been digitally remastered and restored to celebrate the 20th anniversary of Europe's "The Final Countdown" album and tour. Featuring interviews with the band members and rare photos from the tour, the video also boasts the only existing version of the unreleased instrumental "Where Men Won't Dare." Other highlights include "Carrie" and "Wings of Tomorrow."