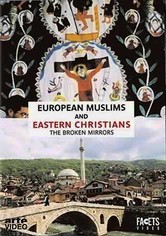 2006 NR 2h 13m DVD
In this thought-provoking documentary, filmmaker Jacques Debs uses his experiences as a Christian who grew up in Lebanon to shed light on two often overlooked religious groups: Muslims living in Europe and Christians living in the Middle East. Along the way, he reveals the complex realities of life in the modern Mediterranean world and the social and cultural differences that often lead to conflict.