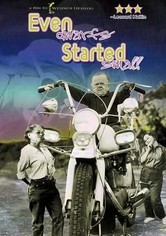 1971 NR 1h 36m DVD
Maverick director Werner Herzog's uncompromising allegory about the consequences of imprisonment and rebellion depicts a coup launched by dwarfs against the mental institution in which they're inmates. With a cast composed entirely of little people (the first time that had been done since the 1938 Western Terror of Tiny Town), this surreal yet strangely beautiful film makes a powerful statement about the repercussions of ostracism.