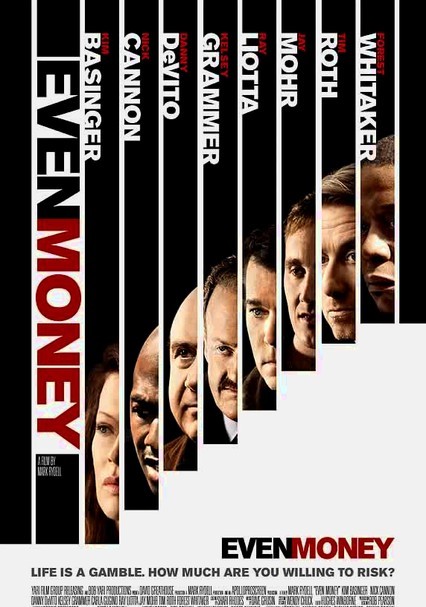 2006 R 1h 52m DVD
Director Mark Rydell's noirish drama chronicles the intertwining lives of three Atlantic City addicts: a novelist concealing her gambling habit from her hubby, a janitor in hock to a bookie for big bucks and a casino magician whose luck has run out.

Parents need to know that this crime drama revolves around gambling -- those addicted to it, those who enable it, and those who profit from it. The characters lie or act desperately for the sake of a big score or making good on a bad debt. Unpaid bookies and their goons beat men up and even have them killed. There are several violent scenes, especially in the last half hour; characters are shot, poisoned, and more. Plenty of swearing (particularly "f--k") and drinking, and some sex (nothing too graphic, though a sexualized 13-year-old character gets a nipple ring). On the one plus side, the film makes gambling addiction look every bit as serious as drug or alcohol addiction.

A few kisses, plus one discreet love scene in which a wife says she's going to pay a visit to her husband's "little friend" before her head disappears below the screen. A very sexualized 13-year-old discusses sex and gets a nipple ring to please a boyfriend.

Several characters are killed: One is shot multiple times in the chest, one is poisoned, another is shot in the head. Clyde is savagely beaten by bookies and their henchmen. Murph spars in the boxing ring.

Characters ruin their own lives -- and those of their loved ones -- for the sake of their gambling addictions or jobs.