Ever Since the World Ended 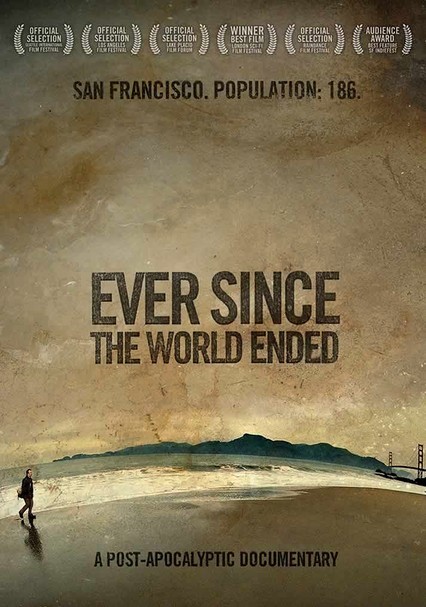 Ever Since the World Ended

2001 NR 1h 18m DVD
Twelve years after a plague has devastated the world's population, 186 people remain in San Francisco, two of whom traverse the depopulated landscape with camera and microphone documenting the disaster's aftermath. Featuring interviews with survivors and eerie images of the ravaged city (including a decaying Golden Gate Bridge), this faux documentary from Calum Grant and Joshua Atesh Litle imagines how life might persist after widespread death.