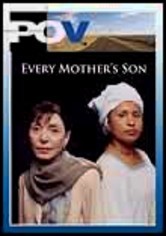 2004 NR 1h 0m DVD
In the late 1990s, three victims of police brutality made headlines around the country: Amadou Diallo, the young West African man whose killing sparked intense public protest; Anthony Baez, killed in an illegal choke-hold; and Gary Busch, a Hasidic Jew shot and killed outside his Brooklyn home. This weighty documentary profiles the victims' mothers, who united to seek justice and turn their grief into an opportunity for profound social change.