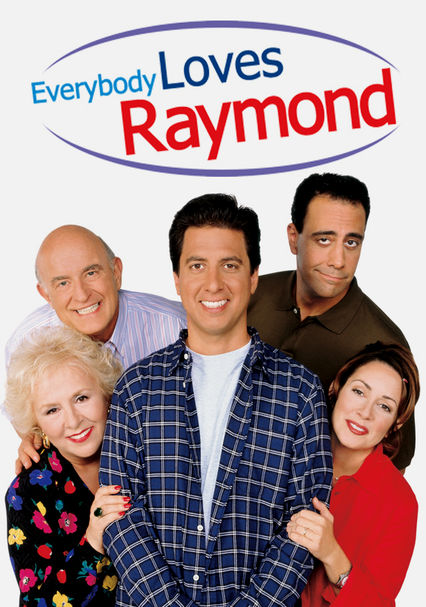 1996 TV-PG 6 seasons
Meet everyman sportswriter Ray Barone, his put-upon wife, Debra, his older brother, Robert, and his parents, Frank and Marie -- a whole crew who get into all manner of situations seemingly designed to drive Ray crazy.

In Season 2 of the CBS sitcom, life is even crazier for Ray Barone (Ray Romano), a sportswriter who enjoys a daily dose of familial eccentricity from his parents (Doris Roberts and Peter Boyle) and brother (Brad Garrett). His wife (Patricia Heaton) dislikes her in-laws' daily intrusion, but blood runs thicker than water. This season, watch as Ray attempts to work at home, discovers the challenges of balancing the checkbook and more.

The madness of everyday life with extended family continues in the third season of this popular sitcom. Watch as Ray (Ray Romano) and Debra (Patricia Heaton) give Ray's parents, Frank (Peter Boyle) and Marie (Doris Roberts), a glimpse into what it's like to be "invaded." Also, Ray mulls over a vasectomy; Robert (Brad Garrett) finally gets the upper hand over Ray with his fancy apartment; Marie shifts allegiances from Ray to Robert; and much more.

Italy isn't prepared for the invasion of the Barone clan, who visits the motherland in the fifth season's two-part opener. While Ray (Ray Romano) refuses to enjoy Rome's glories, brother Robert (Brad Garrett) falls madly in love -- again. Back home, Ray kicks his fractious parents (Peter Boyle and Doris Roberts) out of his house, and Debra (Patricia Heaton) copes with her parents' separation. Extras include bloopers and deleted scenes.

In this successful sitcom's sixth season, everyguy Ray Barone buys an adults-only board game to spice up his love life; wife Debra tries to prove a point by "forgetting" to wear her wedding ring; and mother Marie creates a titillating sculpture.

The seventh season of this Emmy-winning sitcom finds Ray and Debra meeting with a marriage counselor; Ray writing a eulogy for Frank, who's far from death; and Marie helping Ray finish his "homework."

This season, newlyweds Robert and Amy try to adjust to married life amid the endless bickering of the Barone family, Ray and Debra try golfing together but only get teed off, and the Barones get to know Amy's family.

Parents need to know that this series focuses on adult relationships that are marked by conflict. The intimacy issues of married couples -- including (in)frequency of sex -- often take center stage, so parents watching with kids should gauge young viewers' readiness for the mature subject matter. Characters are affectionate but also frequently fight and express resentment.

Sexual innuendo and jokes. Discussion of adult relationships (Ray does a fair amount of badgering Debra for sex), but only kissing is shown onscreen.

People get angry and yell a lot, but they don't hit.

One character likes to say "holy crap." "Damn" has been used as a positive remark. "Hell," "ass," and "bastard" are sometimes used.

Despite all the bickering that goes on in the Barone family, it's clear that there's a lot of love there, too.