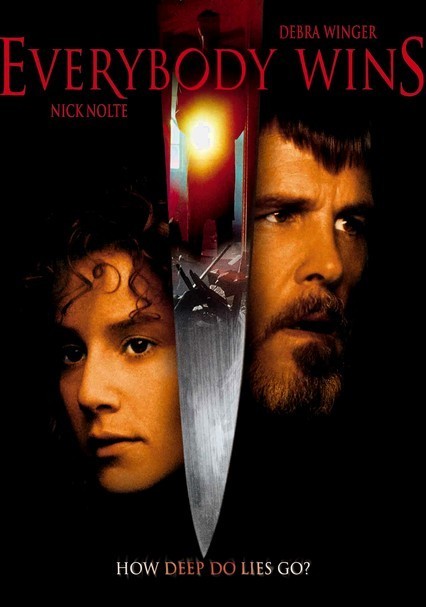 1990 R 1h 37m DVD
When pretty Angela Crispini (Debra Winger) hires private detective Tom O'Toole (Nick Nolte) to clear a teenager of murder, the rumpled gumshoe dives into the case headfirst. But the more he learns about his client, the more he doubts her veracity -- and her sanity. Jack Warden, Judith Ivey and Frank Converse co-star in this riveting drama based on a stage play by the legendary Arthur Miller (who also penned the film script).