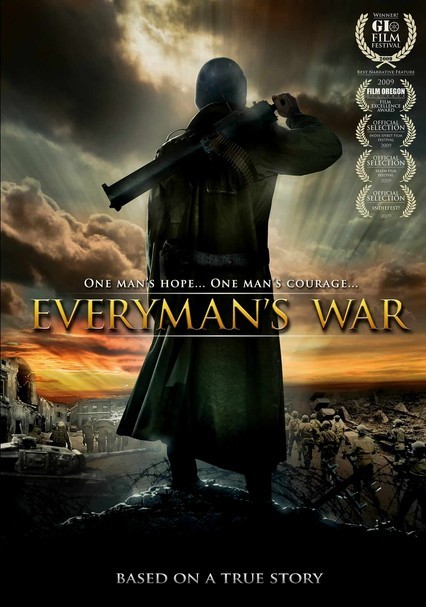 2009 NR 1h 44m DVD
Oregon filmmaker Thad Smith and his screenwriter brother, Craig, honor their father's real-life legacy with this independently produced feature about Don Smith's involvement in the famed Battle of the Bulge. Portland native Cole Carson stars as the young Army sergeant, who was wounded while defending the small German town of Nennig from a Nazi offensive and managed to make his way, unarmed, through enemy territory.