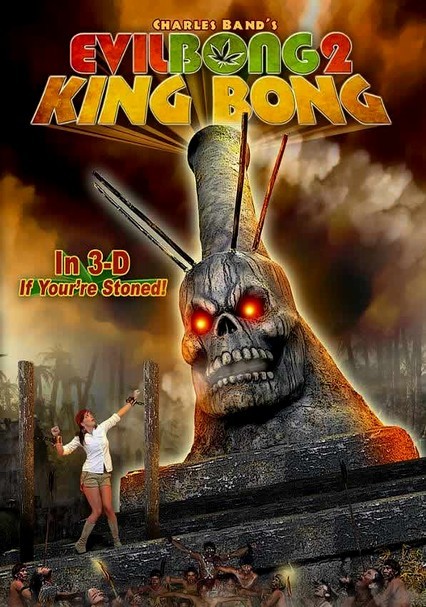 2009 NR 1h 20m DVD
Stoner humor abounds in this horror sequel that finds the gang from Evil Bong -- including Larnell (John Patrick Jordan) and Luanne (Robin Sydney) -- traveling to South America to find a cure for the side effects they've suffered since inhaling from the original bad-boy bong. Instead, their jungle trek brings them face-to-face with the even more lethal King Bong, and soon, they're battling both their old enemy Eebee and the killer Poontang Tribe.