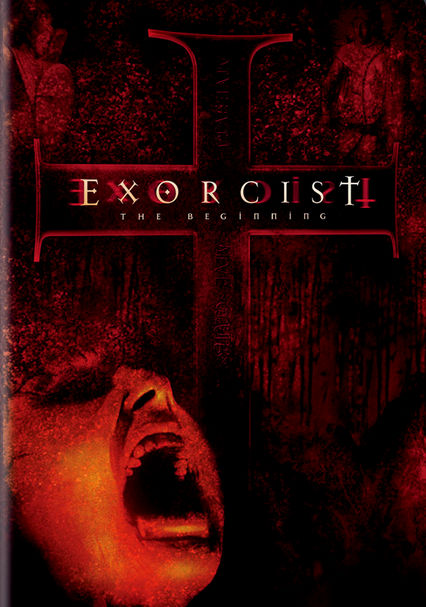 2004 R 1h 54m DVD
Sent to Africa at the close of World War II to tend to the needs of the local community, Father Lankester Merrin (Stellan Skarsgard) gets more than he ever bargained for when he has his first brush with a devilish force known simply as Pazuzu. Director Renny Harlin traces the roots of evil in this prequel to the 1973 box office smash. Izabella Scorupco, James D'Arcy and Ben Cross co-star.

Parents need to know that from the opening scene of bloody bodies stabbed and crucified across Kenyan soil, viewers are in for a brutal blood bath. Know that there is very graphic violence including a child being mauled by hyenas, a dead baby covered in maggots and someone slitting his throat.

The beautiful doctor faces harassment, and sex and violence mix in the final showdown.

Not too terrible until the very end when a possessed character spews a number of profanities at once.

Characters are racist and misogynist -- and the film shows more vivid violence against Africans.