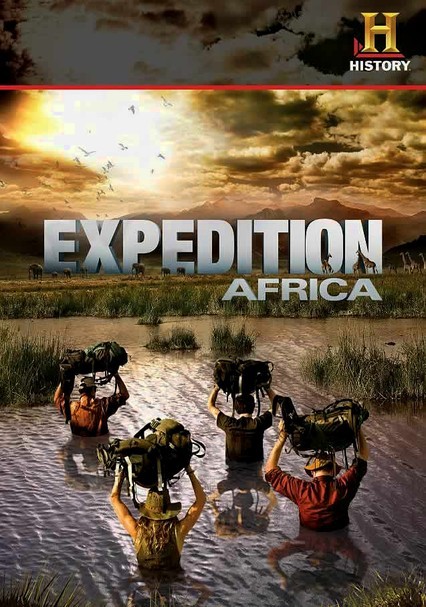 2009 NR 3 discs
With only a compass and some simple maps, four 21st-century explorers follow in the footsteps of journalist Henry Morton Stanley, who famously journeyed to the heart of Tanzania in 1871 to locate Dr. David Livingstone. Navigator Pasquale Scaturro, wildlife expert Mireya Mayor, survival pro Benedict Allen and journalist Kevin Sites travel 970 miles across the breathtaking African landscape in this gripping adventure series.

Parents need to know that this compelling nature/adventure reality series includes plenty of tense exchanges and disagreements. As tempers flare, so does the strong language ("s--t" and "f--k," for example), but it's mostly edited and sporadic. The series shows great respect for both the natural splendor and inherent dangers of Africa and celebrates the adventurous spirit of explorers past and present.

Plenty of tense exchanges and heated disagreements -- a la most reality TV.

The series celebrates the adventurous human spirit and peopleâ¿¿s ability to conquer extreme elements and overcome challenges. The explorersâ¿¿ commitment to teamwork is challenged again and again, and egos often clash in tense situations, but they usually talk their way through the tough times and remain focused on their collective goal. Only one team member is a woman, and she admits to feeling disrespected by other explorers because of her gender.