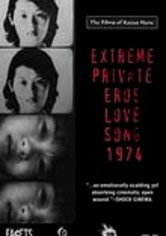 1974 NR 1h 37m DVD
In this taboo-smashing documentary by Kazuo Hara, the filmmaker turns his camera on his former lover, Miyuki Takeda. The strong-willed woman -- crusading feminist, bisexual, mother of an interracial baby with an African-American GI -- was a maverick figure, particularly in 1970s Japan. Hara captures his subject in excruciating detail over a period of several years in this keenly personal work, which caused a scandal when it was released.