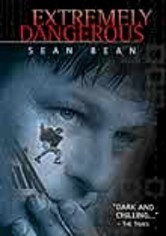 1999 NR 3h 20m DVD
Neil Byrne (Sean Bean) has been convicted of murdering his wife and daughter. Of course, he pleads his innocence, unaware that he's being used as a pawn in a huge conspiracy that involves the entire British police department. On the lam, Byrne must discover who killed his family and keep from being offed himself by the British mob and government agents. An evocative thriller that will keep you guessing until the end.