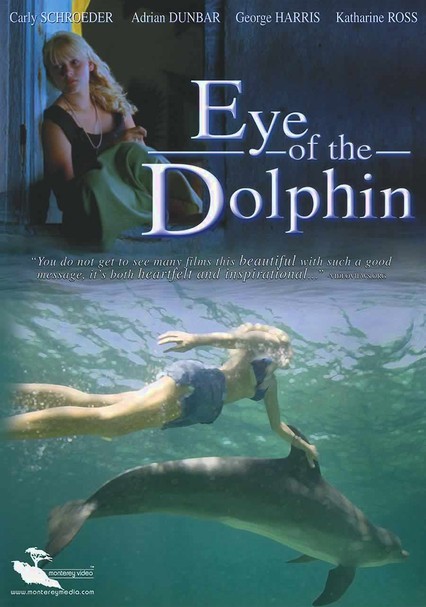 2006 PG-13 1h 36m DVD
After her mother's death, troubled 14-year-old Alyssa (Carly Schroeder) is sent to live with her estranged father (Adrian Dunbar) at his dolphin research lab in the Bahamas, where she takes refuge in the sea animals and discovers her innate gift for communicating with them. When the lab is threatened with closure, Alyssa may be the key to saving her father's life's work. Katharine Ross also stars in this award-winning family drama.

Parents need to know that this lackluster family drama includes scenes in which the main character, a 14-year-old girl, smokes a joint and later appears to pass out from drinking. On the up side, her interactions with the dolphins, nature, and her father prompt a profound, positive change in her outlook and behavior. While older tweens and teens may enjoy the movie -- especially the scenes with the dolphins -- younger viewers may be bogged down by the drama between Alyssa and her father and between him and the town council.

A couple lies in bed, with backs bare.

Some yelling and arguing.

Quite clean, save for the occasional use of "idiot," "moron," and "pissed off."

A long-separated father and daughter struggle to form a relationship. The girl is troubled and does drugs and drinks, but her interactions with nature and her father help her change for the better.

Mention of the iPod; discussion of how to turn pristine beachfront into a theme park.

The main character -- a 14-year-old girl -- smokes pot and gets drunk. Some beer drinking in a resort setting (by adults).