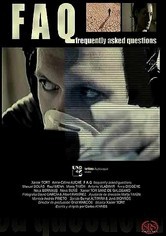 2004 NR 1h 22m DVD
Set in a dystopian version of Paris, this sci-fi drama depicts a society ruled by the despotic Sisterhood of Metacontrol. Scientist Angeline (Anne Céline Auche) has just joined the Sisterhood, but her relationship with Nono (Xavier Tort) threatens to derail her ambitions. He secretly records sounds of nature -- an illegal practice -- and his influence adds to Angeline's growing awareness of a life beyond the totalitarian principles she embraces.