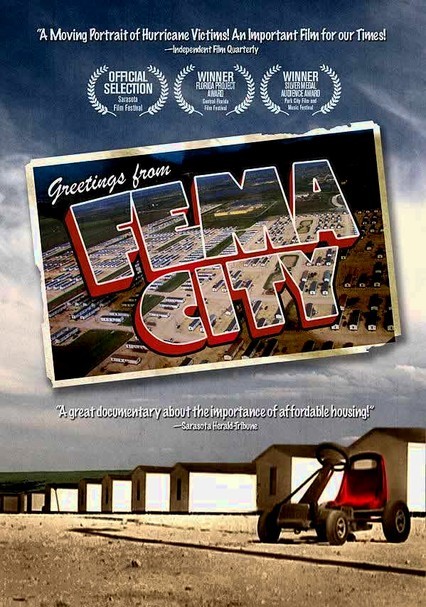 2007 NR 1h 10m DVD
Jamin Griffiths's documentary examines the difficulties encountered by families who found themselves trapped in "FEMA City," the trailer park established by the Federal Emergency Management Agency after Hurricane Charley clobbered Florida in 2004. Although the park was set up as temporary shelter, arcane federal regulations, skyrocketing housing costs and other factors prevented many families from getting back on their feet as planned.