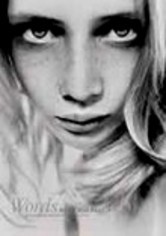 2006 NR 2h 32m DVD
This issue of FLY -- the limited-edition moving-image magazine of high culture and haute couture -- features 14 fashion films and an assortment of interviews, documentaries and music videos from bona fide heavyweight contributors such as John Malkovich, Louis Vuitton, Zac Posen, Karl Lagerfeld and Fendi. Also highlighting up-and-coming designers, artists and musicians, this is a media extravaganza unlike any ever seen before.