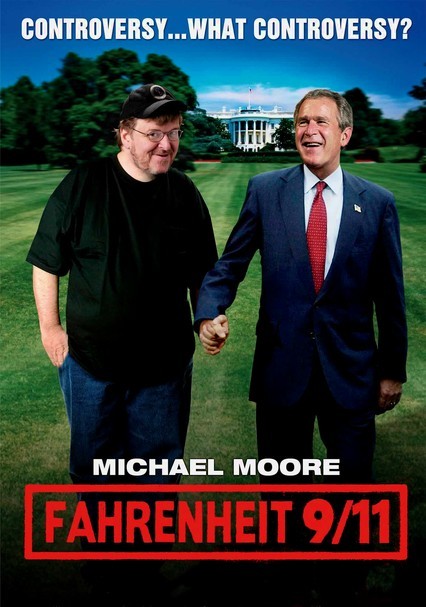 Parents need to know that this is a movie that we recommend you watch with your teens. Some viewers will be offended by Moore's anti-Bush message. Others will love it. Moore has a very definite point of view and has created an emotionally powerful movie. Either way, discussing this with your kids is very important if you let them go. War violence is shown, there's strong language, and you see extremely upsetting images such as a mutilated baby and a beheading in the distance, so we do not recommend it for young teens. This film is designed to provoke strong feelings, so whether or not you agree with Moore's point of view, know that you might want to discuss with your family how he selects material and builds his argument. This film is a strong jumping off point for families to discuss Iraq, the presidential election, and to listen to your kids as they develop their political beliefs.

War violence, including very explicit footage of wounded soldiers and civilians, including a mutilated baby.