Faith of the Century: A History of Communism 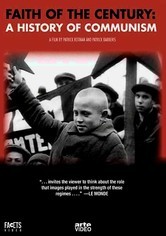 Faith of the Century: A History of Communism

1999 NR 2 discs
This engaging documentary examines the spread of communism across the globe in the 20th century, from its earliest incarnation at the end of World War I to the height of its influence mid-century to the collapse of many regimes in the 1990s. Rare archival footage, photographs and propaganda from behind the Iron Curtain shed fresh light on the ideology that dominated much of the world for a century and that still thrives in many places today.