Falasha: Exile of the Black Jews 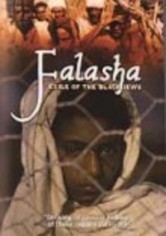 Falasha: Exile of the Black Jews

1983 NR 1h 12m DVD
Filmmaker Simcha Jacobovici's documentary tells the epic tale of Ethiopian Jews, also called Falasha (strangers). The group was conquered by neighboring tribes in the 17th century and suffered decades of persecution. As famine and violence ravaged Ethiopia in the 1980s, the Falasha were all but lost. But some took notice, and Operation Moses went into action; soon, weary Falasha survivors were secretly airlifted and relocated to Israel.