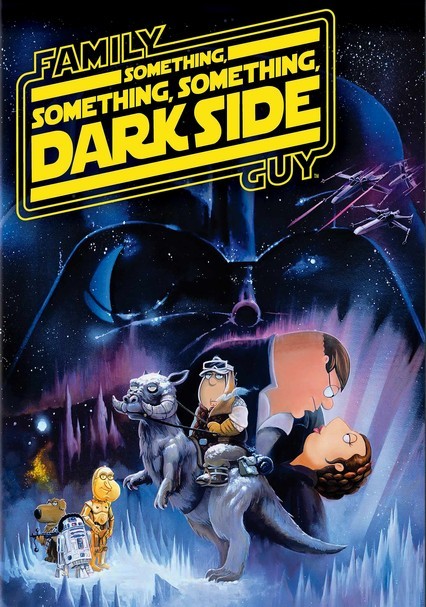 2009 NR 0h 48m DVD
A sequel to the Star Wars parody "Blue Harvest," this special episode of the unabashedly off-color animated series features the dysfunctional Griffin family and their friends as the characters in The Empire Strikes Back. Peter begins sharing the story with his family during a power outage, and, in this retelling, he stars as Han Solo, with Chris as Luke Skywalker, Lois as Princess Leia and Stewie as (who else?) Darth Vader.

Parents need to know that this parody of The Empire Strikes Back done by the characters from the Family Guy contains the same level of crude humor and foul language as the Fox TV show. The cartoon is packed full with sexual jokes and references to race and homosexuality played for humor, which sometimes feel uncomfortably harsh. Cursing abounds, with the f-word in regular use.

Lots of sexual innuendo and crude humor referring to sex, like when R2D2 inserts his tool into a computer and asks if she "likes it" and then her "husband" comes home and she says he was trying to rape her.

Lots of cartoon violence played for humor, like when Luke cuts Ryan Seacrest in two with his light saber.

Pretty constant stream of cursing, including "f--k." In the last scene the son says "f--k you, dad."

Not many overt messages here except that being crude is funny. Yoda makes Luke recall best and worst nude female scenes from movies, praising traditional beauty and criticizing the rest. The dog makes a racist statement that results in feigned offense from the others.