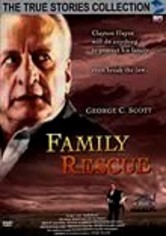 1997 NR 1h 35m DVD
George C. Scott delivers a riveting portrayal of a tough but tender coal miner grandfather who will go to almost any length to prevent the man who raped his then-15-year-old daughter from taking custody of the baby who resulted from the brutal act. While his daughter works with the courts to reverse the custody order, gramps works outside the system to keep his family together. Rachael Leigh Cook, Don Diamont and Ally Sheedy co-star.