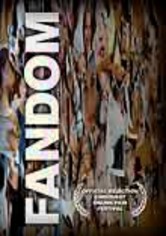 2004 NR 1h 33m DVD
Originally planned as a commentary on the cult of celebrity worship, this riveting documentary took a more interesting turn when one of its subjects came unglued. Faced with the prospect of meeting the person he admires most in the world, Gordon freaks out and begins to unravel, much to the delight of the film's producers. The result is a portrait of a fan who can barely function -- despite having his wildest dreams come true.