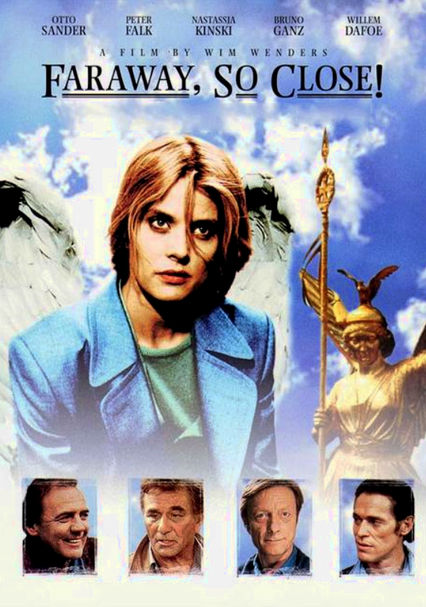 1993 PG-13 2h 26m DVD
Together with fellow angel Raphaela (Nastassja Kinski), Cassiel (Otto Sander) flies around post-Cold War Berlin observing the city and its mortals. Spying a girl (Aline Krajewski) in danger, Cassiel decides to break the cardinal rule against helping mortals and rescues her. The angel now faces an ethical struggle about saving the mortals he loves while performing his heavenly duties. The film took home the jury prize at Cannes.