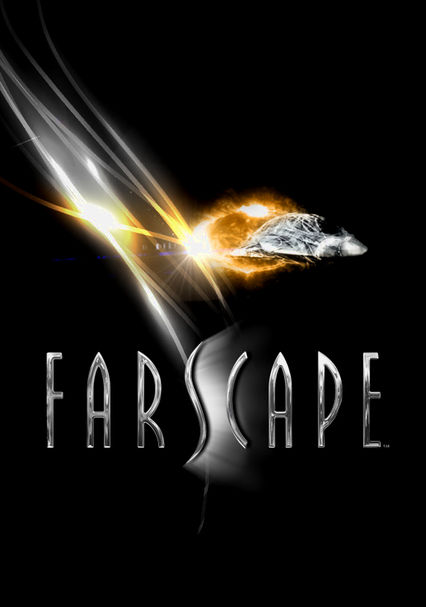 1999 NR 3 seasons
After he's hurled across the universe through a wormhole, American astronaut John Crichton finds sanctuary aboard a sentient vessel populated by alien fugitives fleeing from a totalitarian military force.

While on an experimental space voyage, astronaut John Crichton is suddenly propelled into a wormhole that catapults him across the universe and into the middle of a clash between escaped alien inmates and militaristic authorities.

Round three of this innovative sci-fi series continues to follow astronaut John Crichton and his ongoing battle against archnemesis Scorpius, the search for a way home to Earth and Crichton's persistent pursuit of romance with Aeryn Sun.

In the show's fourth (and final) season, John Crichton's quiet life aboard a dying Leviathan is interrupted by an alien and a band of mercenaries. Later, a group of bounty hunters boards the Moya and imprisons the crew.

Parents need to know that while Farscape isn't as violent as some other science fiction series, there's a lot of conflict seething below the surface. Just about every character is part of a race, faction, or army that has at least one mortal enemy -- and often more. Many of the episodes are structured around these conflicts, making anger and aggression a common plot device. Battles are frequent and lead to injuries and loss of life. Watch for some occasional iffy language ("hell," "piss"), rare drunken behavior, and some sexual tension and cleavage-revealing clothing. Some of the aliens' extreme appearances might frighten younger kids.

Some sexual undertones, and it's clear that there are some romantic entanglements offscreen. Some female characters wear tight-fitting, deep plunging, cleavage revealing outfits and/or are naked in baths, but no frontal nudity is shown. Pregnancy is a theme in later episodes of the show.

There's plenty of punching, hitting, and shoving during fight scenes. Blaster shooting is frequent; other dangerous weapons are visible. Galactic spacecraft battles lead to major explosions. Injuries are frequent (not a lot of blood); occasionally people die as a result.

Like most sci-fi shows, Farscape's themes center around the galactic frontier and exploring the unknown. War, friendship, loyalty, and survival are also themes.

Some humanoid characters like to drink, occasionally to the point of getting drunk.